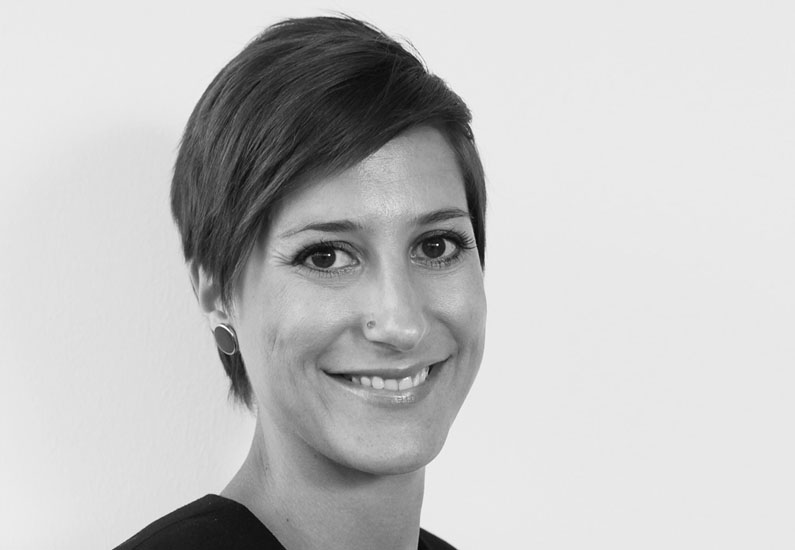 “As always, ‘mobile’ was the first focal point of our plans.”

Heike Burr, Mobile Marketing Director, talks about the development of Spyke Media as a Venista venture and the plans for the future.

Heike, Spyke Media started as an internal unit of our organization, now Spyke starts to spin off the Venista holding and operate as a stand-alone company. Tell us something about the development so far. And: Who had the initial idea to create Spyke and build the company?

“It all began when I came back to Venista after touring the world for almost a year. During that time I somehow found a way to think about new ideas regarding mobile marketing operations. I briefly talked to Frank Maschmeier, who at that time was responsible for the marketing business within the Venista Group, and outlined some of my ideas to him. As always “mobile” was the first focal point of our plans. We quickly decided to bring together our knowledge of digital marketing with the emerging mobile market. Me and Frank then pitched the idea of a mobile marketing agency to the Venista Board, namely Christian Teichert and Oliver Wimmeroth and Kai Schmude. They liked the idea and we agreed that Spyke would first work as an internal agency for other Venista Ventures. Fast forward. After some successful months, Christian, Oliver and Kai saw the numbers and decided to test if we could work for some external customers as well. And what should I say? We got great feedback, hired three new employees and increased our revenue permanently. It worked out perfectly, so we actually set up Spyke Media as an independent company.”

What were the main challenges in the whole founding process? Any unexpected obstacles?

“Fortunately, we could rely on the experience of Venista in the whole founding process. Well, I mean this is what Venista Ventures does: Incubate and invest into startups and grow them to succesfull companies. So they helped us a lot in terms of formalities, marketing and communications. Some things that we didn’t have to manage when we were just a business unit of Venista do cost a lot of attention. We had to build an own website, create a whole new corporate identity and even find a name for the company. Perhaps, the finding of name was one of our hardest challenges. But after coming up with our name Spyke Media everything fell into place quickly. That sounds a bit strange, but that’s how it was.”

Okay, so what is the story behind the name Spyke Media?

“The tale of our name is very easily told and does not offer any fairy tales. We had a meeting in our old office during the late evening hours. When we worked a bit longer than the actual working hours, the caretaker of the building ran into our meetings with a regularity of 100 per cent. He always asked what we were doing in the office at such an ungodly hour. So once we replied to him that we were in search of a name for our new company. “If I were you, I would name my company after my dog because I can always rely on him in difficult situations and he does not ask stupid questions”, he said jokingly. His dog’s name is Spyke.”

What is Spyke Media doing differently from other mobile marketing companies?

“First of all, we at Venista have a strong background in the mobile industry and experience in the market for more than 10 years. Our most important USP is that we can offer our customers more services than the actual commercialization of their mobile products. Still, our first approach and our core competency is to drive our customer’s mobile business by finding the best ways to market their products in a fitting environment. That means: We do promote the offers of our partners and act as full-service media-buying agency for our advertisers. Our goal is to deliver the best suitable audiences to mobile products based on the individual demands. Therefore we target users by the device, carrier, country and many other defined categories. Furthermore, we are able to consult them on other parts along the entire value chain of an app or another mobile product such as logo design, description texts as well as product names.”

A constantly growing part of mobile is the app economy. Is app promotion an important topic and is Spyke moving in this direction?

“Yes, sure. App promotion already is a big topic in the mobile industry and will even get bigger the more operating systems will open up to individual app developers. That is something we strongly believe in. We want to help these so called “small” app developers to market their app in the best way and without having to rely on a big marketing budget. Our vision is that an app developer can concentrate on programming and building the best product whereas our job is to increase his audience and find users that like the product. But to put my statement into perspective, we still see ourselves to be a mobile marketing agency and not just an app marketing agency.”

Last question: What are your goals for the future?

“I would say that we are still at an early stage with Spyke Media in terms of company branding and reputation building. We have yet to invest into raising the profile of the brand. On the business side we want to strengthen our relations to international clients and, as I mentioned before, emerge as an agency that helps app developers promoting their apps individually and efficient. Coming right from the Affiliate Summit East in New York, we will attend dmexco and have our own small stand at the Medienland NRW booth on 10th and 11th of September. That is somehow the first step into the spotlight for Spyke Media and I’m already a bit nervous and excited.”

Heike Burr oversees the business development of Spyke Media. A graduate from German Sport University Cologne, Heike decided early to work in the mobile industry and joined the Venista team in 2011. After world trip in 2012, Heike had the initial idea for Spyke and played a key role in the founding process.