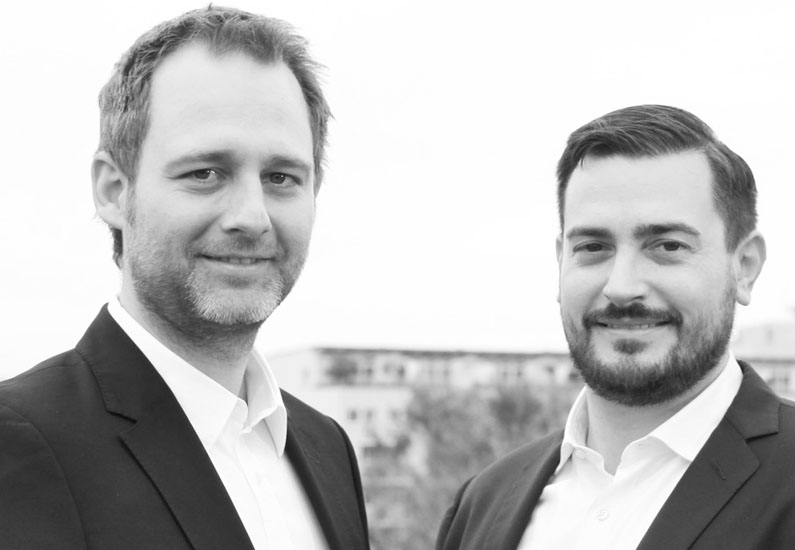 “Venista Has Been and Always Will Be Family For Me”

We thought it would be a good start to the year to speak with our two founders Oliver Wimmeroth and Christian Teichert about what has happened in the past 15 years, especially last year – when Oliver joined KissMyAds

Oliver, for more than 15 years you and Christian have teamed up as co-CEOs of your companies. At the end of last year, you decided to step down as the CEO of Venista Ventures while joining our former venture KissMyAds, which was acquired late last year by Germany’s leading digital marketing company, Ströer. So the obvious question is: How could you leave Christian and Venista?OW: “Well, first of all, I still hold 50 per cent of Venista, so I haven’t left Venista completely. I mean, Venista has been and always will be family for me. That’s for sure. In terms of operational business, I first started to feel that I would love to get involved more with KissMyAds when I took over as their interim CEO last summer. Christian and I had always been close with Florian, KissMyAds’ founder, and we also were involved into all major decisions of KissMyAds, but we never had to get involved in their day-to-day business. So, I started to do a deep dive into mobile performance marketing and realized that I got pretty excited over my new job. When the offer from Ströer to acquire our startup came up to Christian, Florian and me, I needed to take a clear decision.”

Which decision?OW: “I already had cut back my involvement in Venista’s business and Christian did a great job giving me the room to do the KissMyAds part. But you can’t be the CEO of a venture capitalist while you try to manage a startup merging into the biggest advertising company in Germany. It was clear that I had to choose between the two jobs. And yes, that was not an easy decision I did over two beers after work.”

CT: “Sounds a bit strange, because basically that is how we did our best decisions, right? Like when we decided to go with the name of KissMyAds. That was definitely a decision driven by a couple of beers.”

OW: “Don’t tell them. No, you’re right. But this time I really had to think about all the ramifications of my decision and I found myself to be a bit shilly-shally. In the end, I decided to pursue something new and turned down my CEO position at Venista. And as far I can tell you by now, I’m happy with my decision, because I know Venista is in good hands with Christian and also with Frank Maschmeier as our new COO, and it is also a very exciting time for me right now. I’m really happy to take on my very challenging role under the new circumstances.”

Christian, what did you think when Oliver came up with his plan to leave Venista?CT: “As Oliver has already pointed out, he will remain as an equal shareholder of our company, so nothing of overarching meaning will be done against his will. So, yeah, I thought, thanks old pal, you leave with the honor and I keep doing the work… No, no, of course, I’m just joking. I knew that this KissMyAds opportunity was what he wanted to do and I enjoyed our so-called last ride during the negotiations with Ströer. It was kind of full-circle. And: It’s sure that we will continue to be close personal friends even if he’s not in our office. So I told him that I would support his decision in every way. I also felt pretty comfortable because I had the chance to see if I could handle it on my own the months before. Together with Frank I felt confident that we could steer the ship.”

You both mentioned your longtime partnership in terms of building businesses together. How about giving us a short throwback to how you first met and what your first business was about?OW: “We met a long time ago, back in the early 2000’s. That is when I left from a management position at Deutsche Telekom to co-start a messaging company that sold SMS at discount rates, and I met Christian through mutual contacts.”

CT: “It was clear from the beginning that we would work well together, with Oliver as a kind of visionary and motivator, and myself as a guy with a very good idea of planning, executing and keeping track of details. This has been a really great combination for all these years, after we sold our first company and started Venista more than 10 years ago it has always proven to be a strength.”

Well, enough about the past. Now, we’d like to know about the future plans for both companies. We’ll let Oliver start. Attention: It is one last time that we’ll give you and KissMyAds a free opportunity to promote your business on our website. So tell us, what does the future hold for KissMyAds as a part of Ströer?OW: “Obviously, we are now part of the biggest player in Germany who has recorded a significant growth in the online marketing segment over the last couple of years. Especially 2015 was a big year for Ströer. Besides of us they acquired other assets like the internet platform t-online and marketers like OMS. Now, what I think what we can provide with KissMyAds to their business is in-depth knowledge of the mobile performance segment, which is still on the rise.”

What do you mean by ‘still on the rise’?OW: “Mobile performance marketing has been around for quite a few years and we’ve seen a tremendous number of new competitors. Something like a maturation of the market has taken place in 2015, with a clear tendency to consolidation, I’ll give you that. But there are still many big brands which do not realize the potential that lies in the CPA-business for their brand apps or mobile products. Think about a big car company which wants to get people involved with their new model. Why wouldn’t they want their users to download an app that lets them use a car configurator and test all new features of the car? Because that is where you can get your customers involved with your products.”

So you are essentially dealing with new, richer campaign formats as part of CPA business?OW: “Yes, mobile interaction and apps offer this potential, and CPA campaigns are the perfect launch pad. These are huge potentials for these big companies, because their mobile marketing budgets are growing and also shifting from old-fashioned banner-ads to more engaging ad formats. That is where KissMyAds as a part of Ströer will try to come into play. Coming from their above-the-line ad history, Ströer has access to clients who do need mobile marketing, but have not yet gathered experience with the marketing measures that we are specializing in. We as KissMyAds bring in the know-how, technical expertise and our well-trained mobile experts that we’ve found and developed over the years. Furthermore, with Ströer we have become part of a company that not only has the experience and the funds – we became part of a highly professional organization that also has a clear strategy and is determined to execute its vision.”

CT: “Yes, I would agree with that. And as far as I’m aware and if I could add one thing to Oliver’s answer, the KissMyAds team is not just highly skilled in terms of mobile advertising, but they’re also very motivated and likeable people you would love to work with. I know that because we shared offices for a long time and we also had joined summer and Christmas celebrations the past years.”

Now we know what KissMyAds will do in the future, but where is Venista heading, Christian?OW: “I have to admit, it sounds a bit strange that you directed this question only to Christian, but I guess that’s what it is now, right?”

CT: “Also seems odd to me, but to answer the question, you might have noticed, we haven’t been overly active in terms of external investments into new startups in recent months. We’ve put in a lot of attention of course into the KissMyAds deal, and we’re managing our existing portfolio. What’s more, we are actually sharpening our focus to work on our own incubating projects and companies where we hold the majority of the stakes like GTX Messaging or Spyke Media, and to develop new startups that come out of this setting. And I think the KissMyAds story proves us right to do so.”

But you do have some quite successful external investments running…CT: “Yes, sure, and we are happy that these other portfolio companies are doing well. For example Familo is growing rapidly and we’re thrilled to see them with their new version, providing great new features and also expanding their target groups. Look at datapine, for instance, another great team with a very strong development. And we also have stakes in three sets of graduates from the Startupbootcamp program in Berlin, where we see a pretty impressive development for many teams. I can also give you a small hint that we are in the beginning of forming a new company out of our existing team, but I cannot get specific on it yet. Stay tuned!”

What profile will Venista Ventures have in the future?CT: “We will still stay an active player in the central European venture capital scene, in the startup and tech scene, but we will be very focused on mobile, on boutique-style investments. Expect us to be around all the major startup and tech events, and of course Mobile World Congress. We will always keep our eyes and ears open if someone has ideas about mobile businesses.”

Okay, what’s your message to people who’d like to share a business idea with Venista? Is this still something you pursue or does your focus on internal projects make it hard to go through business plans?CT: “Yes, we will focus on own project, but we also say: ‘Keep the business plans coming’! If we are really convinced of an idea, we will surely look into our options and support mobile business cases. That’s what we are passionate about and what we’ve build on over the last years.”

Christian and Oliver, thanks for your time.CT & OW: “Thanks as well.”

Christian and Oliver have worked together for more than a decade. Venista Ventures was founded by both of them. Currently, Christian holds the CEO position at Venista whereas Oliver serves as the CEO of former Venista venture KissMyAds.