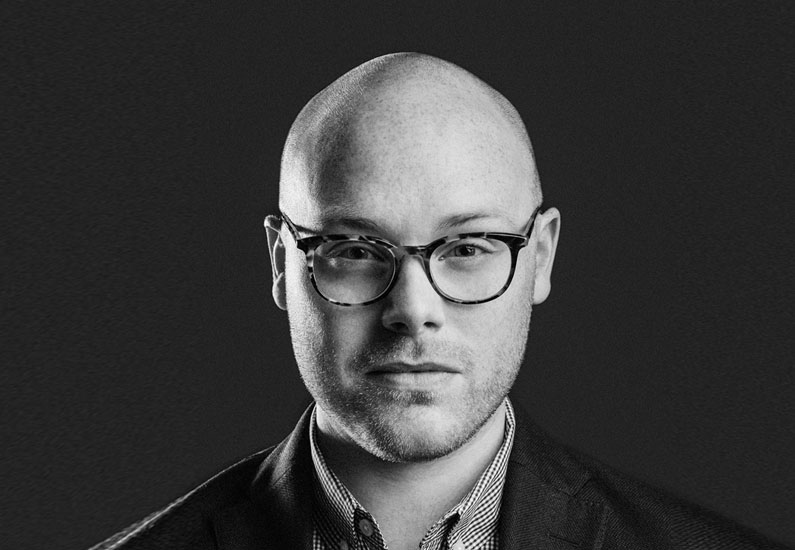 “A Chance to Fundamentally Change The Way Men Shop.”

Matt Alexander, Founder and CEO of Need, opens up about the beginnings of Need and how he teamed up with Venista Ventures.

“On a dreary afternoon in December 2012, I found myself running through rainy London streets to meet with Venista co-founder, Oliver Wimmeroth.

Oliver and I had met several months prior, discussing both of our future plans and our similar beliefs regarding the future of business, as informed by our mobile devices. And, based on those similar beliefs, had stayed in touch in the ensuing months to chat about our respective businesses. So, as I was returning to London for several weeks to visit family from Texas, we had decided to take the opportunity to catch-up casually for lunch. (Long story short, I was born and raised in London, but moved to Dallas, Texas for university. I intended to return, but ended up launching a business here.)

I was in the early throes of planning my next venture, whilst Oliver was – as ever – planning the next big moves for himself and the Venista team. As we were eating – Gaucho in South Kensington, as I recall – we somehow found ourselves discussing the world of e-commerce. I had just completed a project for American Express which, in the aftermath, had led to work with a variety of men’s fashion-related startups in the U.S. As someone interested in fashion and commerce, I had walked away with the feeling that there might be a better way – so to speak – of approaching the men’s fashion space.

With those experiences in mind, as we chatted, I inadvertently articulated the foundational belief for Need: that there is a poor signal to noise ratio in the world of fashion and commerce. The conversation was framed by Apple’s App Store and the baffling lack of discoverability for independent developers. Both Oliver and I felt that the App Store would benefit from some semblance of curation, rather than an overwhelming volume of choice. Turning that to the men’s fashion space, I explained that I felt there was a huge opportunity for change. Bringing curation, exclusivity, and editorial narrative to a space with overwhelming choice and an obvious lack of education, I explained that I felt there was a chance to fundamentally change the way men shop.

Most of all, I explained, there was a way to build an e-commerce platform that was *sustainable*, *relevant*, and *dignified* – a platform which might reflect the dignity of its products more than its means for marketing itself. I went from the meeting to a nearby shop, bought a notebook, and quickly wrote thirteen pages of notes. On the first line of the first page, I titled the concept, “Need.” Within a month of that meeting, Need was funded – including support from Venista, Carl Sparks had joined our board, and development had kicked off in Virginia with Mobelux. Need launched in November 2013 with the precise mission Oliver and I had discussed. It was designed and destined to be a reliable, dignified, and useful resource for men. Need would sell only eight-to-twelve products each month, whilst also supporting independent creative communities, localizing to particular cities, and presenting itself as something closer to a men’s magazine rather than a traditional digital storefront.

In addition, rather than sending dozens of marketing emails per week, Need would send only one email per month. Instead of working with hundreds and hundreds of products at any given time – each with multiple colors and variants – Need would find the very best *single* product. In lieu of a convoluted site with thousands of pages, uninformed copy, and confusing policies, Need would offer a single page, well-written, and clear-cut site.

And, so, we built it. Today, Need is eight months old with a quickly-growing membership, currently numbering just over 65,000. We’ve sold-out of every product ever sold, we’ve won design awards, we’ve been covered in a great many major publications, and we’ve grown from a team of one to a team of six. Although we’re only just beginning to scrape the surface of our full vision for Need, it has been an unbelievably positive experience so far – one made possible by the generosity and support of people like Oliver and Venista. We’ve just moved into our first dedicated office and are beginning to focus on the future. Looking to the likes of London, Paris, and Berlin for localized growth, whilst also exploring the development of our own product-lines, Need is poised for expansion to realize the full spectrum of its goal of being a local, reliable, and dignified resource for men. We cannot wait to share more over the coming months. In the meantime, follow along with Need by visiting neededition.com and signing-up.”

Born and raised in London, Matt Alexander now (oddly) resides in Dallas, Texas where he serves as the founder and CEO of Need, a refined retailer and lifestyle magazine for men, and Foremost. Outside of Need, Matt is a well-syndicated writer with appearances in CNN, The Financial Times, Forbes, The Guardian, and more.