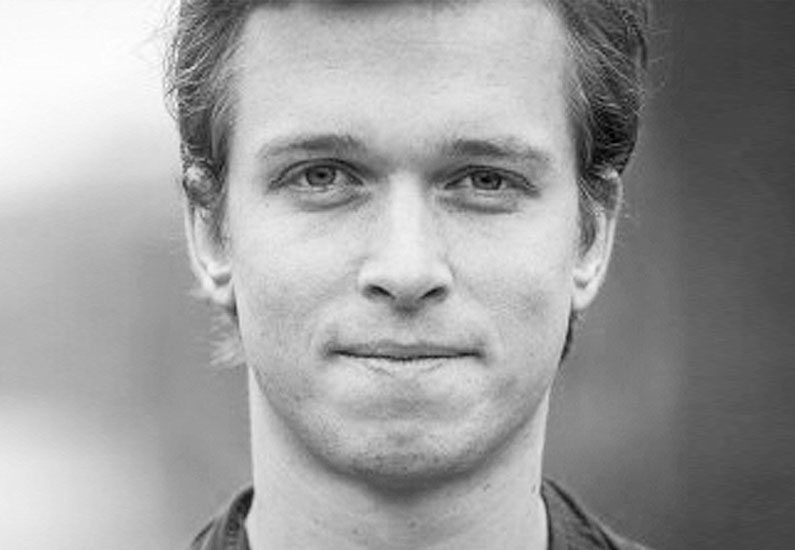 We met Ramon of Vigour to talk about their progress after Startupbootcamp, a major deal and their future.

Four years ago you participated in Startupbootcamp Berlin. How has Vigour’s business evolved since then?

“Vigour’s business went on really well from that point forward. First of all, we have grown from just a couple of people to a team of 25 people. Fortunately, we were able to attract the appropriate funding in order to build the right team. That in turn has allowed us to fully focus on building the best product possible and to commercialize the technology that we had developed: a platform that is now used by large brands in different places in the world. Altogether that has been an absolutely exciting journey.”

So you’ve talked about the team. Is it still the same feeling or atmosphere even after expanding the staff size?

“In a way it is. On the one hand, all of the core characteristics which defined our team right from the beginning are still in place today. Values like extreme focus and dedication, hard work or working together as a group of friends, rather than an overly hierarchical structure, have remained to a certain extend.  On the other hand, however, we did have to go through a lot of learning which was exciting, but also very challenging.  Remember we grew from originally three founders to a team of five during Startupbootcamp, and four years later it is five times that size. That requires a tremendous amount of personal growth for everybody involved. Some of the processes that work when you’re just five people don’t work when you’re working with 25 people.”

Coming back to Startupbootcamp, are you still in contact with some of the persons you met there?

“Yes, especially the program’s Co-founder Alex Farcet has always been a great mentor, friend, somebody who my co-founders and myself fully trust. He was there right at the start of Startupbootcamp and remained on our board as a shareholder. Even though we are obviously in a very different stage of our business right now and I am not talking to Alex on daily basis, I still find an incredible support in his shareholder ship. Especially when it comes to decisions that we need to make within the company. We talk regularly and I definitely appreciate his engagement towards Vigour.”

One important activity last year must have been the launch of MTV Play together with Viacom.  What is MTV Play all about?

“MTV Play is the content platform for MTV in Europe. Currently, the platform is live in nine European countries. It was an amazing journey as it was our first live product. Viacom was also the first company that really believed in us as a young business and in our technology of connecting different screens in one household. To me, it was an incredibly courageous step for them to take. We are working with more corporate customers now, but MTV and Viacom were extremely important for the development of our company.”

How did the idea for a partnership with Viacom arise?

“After we raised our first funding round in Startupbootcamp, we had a lot of press coverage. And somebody who had previously worked at Viacom read about us and liked our idea. So this person approached us, we met for a coffee and eventually he made an introduction to the people that were running MTV. I went there one afternoon and had a very good conversation with their product team. Of course, the sales process with a large customer like MTV is nothing you finish in one afternoon. For us this was a really interesting process, because we sold a really big platform which is usually not what small upcoming companies do. We had to figure out the whole distribution process on the go and at that time we were just a bunch of guys who had built a prototype. We had some very different challenges to manage but we were also so enthusiastic about it that in the end they decided to go live with it in Europe.”

Are there any plans for further cooperation with Viacom?

“I can’t comment on that. Obviously we are continuously improving the product together and seeing how we can grow. So there are plenty of opportunities and potentials to increase that partnership.”

You were rewarded with the “Connected TV Award 2015” and the People’s Lovie Award for “best Media Streaming Service”.  This must be really motivating for the future. Can you tell us about Vigour’s plans for the next years?

“Basically, we are currently working on different roll-outs with leading media companies. To be a successful player in our market, you need to be successful on a global scale. Right now, I am spending almost half of my time in the US, which is a very important place for us. We have a couple of important R&D partners there, and we are also working towards opening an office in the US in the upcoming months. Eventually, we are hoping that our unique technology will allow us to become the leading company for multiplatform video applications globally.”

You talked about the possibility of going to the US and also expanding to other markets. Does that mean that you are still looking for another funding round or investments?

“Currently we are working on putting together an A-round. And for multiple reasons there is a big incentive to place more focus on the US. Therefore, we are in discussions with US investors that are interested in backing our company. However, the US is not our only focus, we are also active in the Middle East, and potential investors are not circumscribed regionally. We are looking for a global team of partners that can help us reach our company goal; becoming the visual layer for media consumption.”

Vigour powers a new generation of video services for leading media companies. We help our customers create a boundaryless entertainment experience using a unique technology platform and creative solution design. The team behind Vigour is young and ambitious, and excited to drive change in a fast-moving industry that plays a big role in our everyday lives.